Ready for weekly tips and exclusive insights to help you get hired or thrive in your career? Great! Click Submit!

“Millennials” is a term used used to describe people reaching adulthood near 2000, as explained by Google.

But the term “Millennials” often has a negative connotation.

Such connotation is even carried to workplaces. In addition, Millennials’ unique and different behaviors at workplaces even solidate others’ perception of them being lazy and lax in discipline. But here are the misconceptions group leaders and upper management team that have got them wrong.

There are two theories used to describe employers conceptions on employees called Theory X and Theory Y, theories of human motivation and management developed by Douglas McGregory . Theory X describes the assumption that employees dislike work, are lazy, dislike responsibility and must be coerced to perform. On the other hand, Theory Y describes the assumption that employees like work, are creative, seek responsibility, and can exercise self-directions. Employers’ thoughts on Millennials fit right into Theory X. But their perceptions of Millennials are not baseless since they always put everything until the last minute; or in other words, they are procrastinators. Doing work at the last minute and hand in a not so thoughtful project back to the leader, a way that leaders view as lazy.

However, according to Adam Grant’s talk on TED, a Wharton Professor working in Wharton Behavioral Lab, such “procrastination” as many people would believe does not rise from laziness. As he describes, if a person is given a problem and procrastinates, one would have the time to incubate those problems at the back of one’s head. It is the procrastination that lead Millennials to think about divergent and creative ideas at the last minute, not the laziness that push them to do work until the last day.

Misconception 2: Millennials are not organized

Talking about organizing, Millennials give the impression of messiness especially with their dorm rooms as well as their work desks. These first impressions of Millennials are often realized at workplaces. Millennials don’t even carry around a calendar and mark their duties properly. In contrast group leaders tend to use a planner, taking down notes and making reminders for new events. This drastic comparison solidate the impression. But in fact, Millennials do take notes. But they do it in a paperless way. They use many planning apps such as Google Calendar and reminders on their smartphone to keep their reminders and important notices. In addition, they use apps like Pages, notes, and OneNote to keep all the files organized. They could even sync all their notes from one device to another. 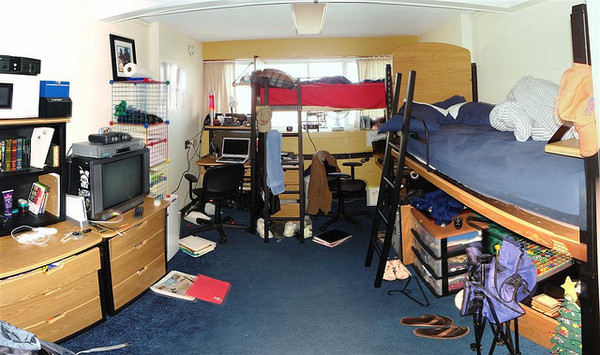 Misconception 3: Millennials are not respectful

Many companies including the most successful ones such as Google, Facebook, Twitter are not valuing the hierarchy strongly. Instead of doing everything together as a group, they value each individual for one’s creativity and divergent ideas. However, such valuation of Individualism is misperceived as lack of respect. Companies that have a conservative and longer culture take a different perception of these employees. They think that the Millennials workers have the “It is all about me” attitude towards many of the leaders. Such an attitude drives many managers to think that Millennials are not respectful, but in fact they are not.

The typical Millennials have the images of keeping their heads down on their phone trying to talk to people in social media and watching videos instead of talking to people around them. Such a habit is often a main criticism people make on the inventions of smartphones as well as social media. Such a situation is the main reason employers view Millennial workers as introverted because they do not talk to other people and they are just in their own world via smartphones.

But Millennials’ tendency to talk to people on the phone does not mean that they are introverted. In contrast, they are connecting more using a more efficient method. Here is an example. It is hard to keep old friends especially you are leaving your hometown; but smartphones allow you to do keep old friends. Smartphones allow Millennials to keep the old friendships as well as trying to expand their social network through features such as ”people you may know ”. Rather than socializing with co-workers all the time, Millennials allocate their time properly to socialize with their old friends as well as try to reach to new people via social network.

All of these misconceptions of Millennials result from lack of understanding and communication between companies and Millennials employees. Newly established companies such as Google and Facebook would love a person who is creative and value individual thinking; while on the other hand, companies with an entrenched and strong culture would love an employee who is good at doing group work. It is all about how to find employees who fit into the culture. ProSky could help both companies as well as employees to find someone to fit in. For job seekers, ProSky not only matches companies with best-fitting culture, it also allows you to experience the real projects happening in the companies you are looking for. For employers and recruiters, ProSky allows you to test potential employees and see if they fit into your culture.

If you want more great reads, subscribe to our Career Buzz page and find everything you need to succeed in your career!

Soft Skills: Why They are Harder Than You Think and How You Can Acquire Them

The New Normal: How to Look for a Job During a Pandemic